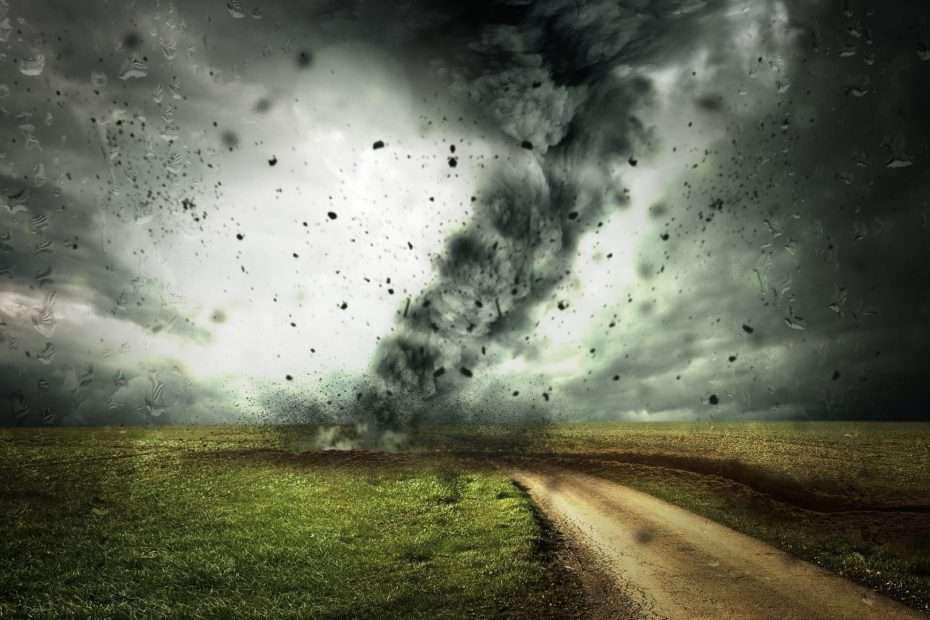 Tornadoes are extremely severe single weather events, occurring with minimal advance warning. The size of a tornado is much smaller than a hurricane, but the damage is more intense and life threatening due to the wind speeds.

While hurricanes are tracked and known about for many days in advance, a tornado event may only have warnings within a few hours to minutes. Typically, hurricanes and tornadoes are viewed as separate events, but a Hurricane can spawn tornadoes, especially on the edges of the feeder bands. Tornadoes can also occur withing the edges of the eyewall.

The most extreme damage from hurricanes, is where a tornado spontaneously occurred while the larger storm was passing over. An example would be a general wide area of downed trees or debris, with catastrophic points (Tornado activity) such as overturned vehicles or boats sitting in only one area.

The National Weather Service has published the following image to better explain the different conditions of a tornado warning.